With Christmas fast approaching, I'm working hard to get the three films I have been writing, finished and signed off.

Of course in this industry, nothing is ever actually signed-off until it is made into film, and even then scenes may be lost to the cutting room floor, or new ones inserted. 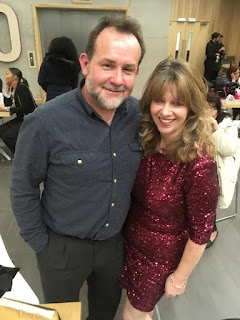 Part of the reason for this, is because making a film is like asking a bunch of theoretical scientists to all agree on a particular theory. Everyone has their own version, no matter how minutely different that is from everyone else's ideas. So it is with film.

Even the most brilliant scripts will be moulded to fit a director's mindscape, diverging from the original idea as conceived by the screenwriter. It's inevitable. It's just a question of how much really.

But I am very lucky in the quality of the teams I am working with - top notch directors and producers - people who really know their stuff, and who are happy to let me get on with my side of things.

So, after Christmas, what are the plans?

I will be working on two brand new films. One of which is set in Cyprus.

I'm really looking forward to getting my teeth stuck into this one, not least because of the rich tapestry of the story I will create, but because of how different it is to things I've written before.

So until I catch up with you again - have fun, eat well and happy reading.


Posted by Carmen Capuano Writer at 06:48