Men In Sheds and other news.

So we all need a bit of cheering up, right? Luckily I've got lots of news!

As you know, I've always got lots of different projects on at once, so to save me typing a long list, and you trudging your way through it, I'll update you only on the things that are moving more swiftly. 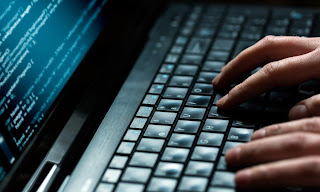 I have an eight part podcast coming shortly with brilliant co-writer Alexandra Taylor. Beneath The Waves is based on a true and current situation and is set in Wales. It's a drama but has humour there too and just the tiniest possibility of a blooming romance... you're gonna love it.

I have also been asked to write a TV/Netflix series set in the 80s so I'm currently researching this (and yes, I was around then, thank you, but not in the location the series is set in).

My BFI Network supported film is currently with the director and I hope things will soon be moving on that, and yesterday I signed a collaborative agreement with the very lovely and visionary Michele Lammas, in order to turn her children's book into a screenplay.

On top of that I have another big project with director Ben Bloore which is coming along really well.

As well as the zillions of other TV/film/animations I have ongoing...

But what I really wanted to mention in this post, is men. Older men. Things have changed a lot since I was a child, and now there are as many men as women who take and collect kids from school, make dinners, load washing machines.

But for the 60 plus generation, this wasn't something that came naturally. Consequently, these men, once their working lives are over, often feel misplaced in society, redundant - useless. Women, the lynchpin of most families, continue generally to do what they always did - care for children, emotionally support the family... but their men folk are being left behind.

That's why The Shed is such a great concept. Providing a place for men to meet, share expertise and help each other over a cuppa, it gives men not just somewhere to go, but a support group to turn to.

As a woman myself, I've seen what happened when my own parents retired from work. My mother found numerous new hobbies (and indeed a new husband along the way, but that's a different story entirely)  while my dad became isolated and lonely.

So take a look at the clip below. And if either yourself or a loved one fancies popping along to see what it's all about, I'm sure they'd be very welcome.

Until then - happy reading! x


Posted by Carmen Capuano Writer at 00:24