What's the difference between being traditionally published and being self-published?

There's a world of difference between being traditionally published and being self-published but it's not what you might think...

People often associate books which are self-published with something that is poorly written, badly thought-out and possibly lacking in merit. And it's not always an incorrect assumption. There are indeed books which are out there and available to buy, which quite frankly, would be better used as fire kindling than entertainment. These are the books which were possibly rejected by every literary agent and publisher alike.

But - and it's a big but - there are a growing army of authors who have chosen to self publish. Not because their work has no merit, but because they want the control over their stories, characters and book covers that self-publishing can give them. I'm one of them.

In fact, I have recently taken the rights for two of my traditionally published books back from the publishers concerned, and plan to self-publish them instead. This might sound like an insane idea, but having spent a long time having to live with a book cover I really hated and being told that the publisher had decided on the image and that was that, I'm very glad to be going it alone.

That's not to say there haven't been obstacles along the way. For there have been many.

Deciding on fonts, on letter sizes and paper thickness...cream or white paper, drop caps at the start of a chapter or not? The decisions I've had to make and the things I've had to learn in order to make those decisions, have been almost endless.

But I've already republished two books...and there's a whole lot more to come.  Check here for my most recent books and look out for the others coming soon. 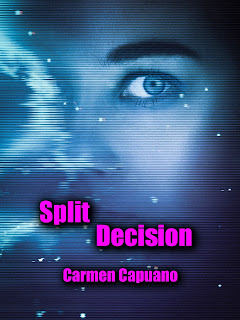 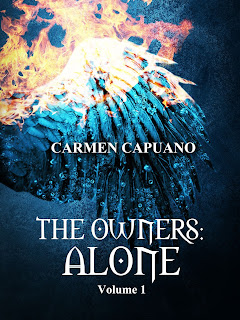 Posted by Carmen Capuano Writer at 03:02