As you may know, Louise Osbourne and I set up our own production company late last year. Emmeline Productions may be new, but it is indeed a bright young thing, and already has a huge and growing list of films and TV series to bring to you.

The first of these, is psychological thriller, Dead of  Night, produced by Emmeline Productions in conjunction with Virago Productions.

Tense and with twists and turns, Dead of Night will keep you on the very edge of your seat. 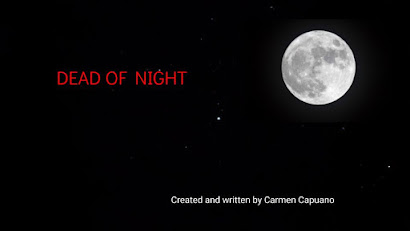 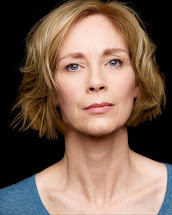 With such a great script (if I do say so myself, 😍) it was imperative that we found the right director to really do the film justice, and to bring out the very best performances in our actors.
So I have great pleasure in announcing Vanessa Bailey as our director.

Vanessa is an award-winning director, writer and actress, with experience ranging from independent shorts to high spec TV commercials. We are extremely happy to welcome her on board.

And her writing and producing debut, Seeing Him, won eleven awards on its festival circuit and was chosen to screen at the Opening Gala of the Oscar-qualifying Rhode Island International Film Festival.

We know that she'll be a great addition to our team and we can't wait to bring you more exciting news and announcements.
Until then, happy viewing! x

Posted by Carmen Capuano Writer at 01:26